The story so far

In May 2013, leading German news magazine DER SPIEGEL published a cover story on the alleged failure of the German prostitution law which, according to DER SPIEGEL, rendered the State complicit in human trafficking. Contrary to South Korea, prostitution is legal in Germany, though it is heavily regulated in most municipalities.

Since its publication, the SPIEGEL article has been quoted by campaigners for the criminalisation of prostitution in many parts of the world. Most recently, Mary Honeyball, a member of the European Parliament for the British Labour Party, cited the article as evidence in her “Report on sexual exploitation and prostitution and its impact on gender equality”. The Honeyball Report was subsequently voted upon in the European Parliament, despite strong opposition from 560 NGOs as well as 94 academics and researchers who published a counter-report exposing the inaccurate and misrepresentative data used by Mary Honeyball.

Notwithstanding, a majority of MEPs backed the report, which was adopted as a non-binding resolution, thus formally establishing the EU’s stance on prostitution as being in support of the ‘Swedish Model’ that criminalises the buyers of sexual services.

Back in June 2013, Sonja Dolinsek and Matthias Lehmann had published a critique of the SPIEGEL article, which they found to be deeply flawed and failing to address numerous relevant aspects of human trafficking prevention and prosecution, including victim protection.

Noticing that the SPIEGEL article had found its way into the Korean news media, Research Project Korea launched a small fundraiser to have the critique translated into Korean. Nearly 90% of the funding target were reached quickly and the translation was completed at the end of June. The real challenge, however, was just beginning.

The plan to place the translated article in a Korean newspaper proved to be extremely difficult. Many editorial staff didn’t even bother to reply, but eventually, one of the biggest dailies expressed interest. The editorial department even planned to expand the article to include comments from sex workers and feminist academics. After protracted correspondence – months would literally pass by until the research team received new responses – it then suddenly transpired via a contact that the article wouldn’t be published after all. A journalist from the newspaper later confirmed this, without giving any reasons.

Although a lot of time has passed, we have now decided to self-publish the article, since the constitutional review of the Anti-Sex Trade Law in South Korea has still not concluded; a second reason is the significance the SPIEGEL article appears to retain for prostitution law discourses, especially outside Germany, where, long after the print edition has been recycled, it finds acceptance as unrefuted truth and continues to be utilised by anti-prostitution activists. It is currently disseminated on Korean online forums to insert some much-needed factual evidence into prostitution discourses in South Korea.

To view the Korean version of our article, please click here.

The research team would like to express its deepest gratitude to the generous donors who helped fund the translation as well as to the translators, Miss CHO Woori, Miss SONG Byol and [Anonymous].

This entry was posted on March 21, 2014 by Matthias Lehmann. It was filed under Update and was tagged with Der Spiegel, Germany, 성노동, 성매매, 성매매특별법, Prostitution, Sex Work, trafficking. 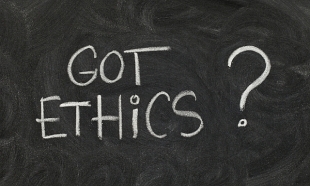