In January and April of this year, police in Macau twice busted prostitution businesses involving South Korean brokers and sex workers offering sexual services. In its press briefings, the Macau police released information about the fees clients were charged, and the earnings of the sex workers involved. Discussing the details of these arrangements with sex workers in South Korea revealed that women migrating to sell sexual services in Macau can earn considerably more than the average sex worker in South Korea, where, as trans* sex worker activist Lucien Lee commented, they are threatened by “constant raids, ‘End Demand’ strategies, and social stigma”.

None of the below represents an endorsement or critique of whatever arrangement sex workers enter into with third parties. It is merely intended to explain some of the arrangements in existence and to illustrate that for as long as sex work will remain criminalised in South Korea, some sex workers will choose to sell sexual services abroad if it promises higher earnings, and take the risk of being arrested there, if they face the same or even a higher risk at home anyway.

Media reports about arrests in Macau

In April, police in Macau busted yet another “organised prostitution syndicate” involving South Korean nationals, following a similar bust in January. In both instances, sex workers had apparently agreed with brokers to travel to Macau on tourist visas. Although they were paid for their work, South Korean media outlets (see here, here and here) reported these events as cases of “sex trafficking”, as they regularly conflate consensual adult sex work and human trafficking for the purpose of commercial sexual exploitation of adults. They also nonchalantly reported about the indictment of the sex workers involved, which should actually have allowed them to connect the dots.

In the previous case, the Macau Daily Times reported “that the women in their 20s to 30s, arrived in Macau as tourists and stayed at a luxurious apartment, which was arranged by the detained suspect, for between ten and 30 days. The suspect also hired other brokers to show the women’s photos to potential clients on mobile phones”. Both the Macau Daily Times and South Korean daily Donga Ilbo reported that “it cost 850,000 to 2.1 million won (approx. 790-1,945 U.S. dollars) for a one-time sex trade”, and the Donga Ilbo had learnt that “350,000-1.7 million won (approx. 324-1,574 dollars) was paid to those women”. In the recent case, the Macau Daily Times reported that “the amount of money requested for each sexual service, as the police representatives said, ranged between HKD 6,000 and HKD 20,000. This money, initially kept by either the pimp or the driver, would later be used to compensate the sex workers when they departed the city. The prostitutes would only receive HKD 2,000 as remuneration for each deal regardless of the amount received from clients.” 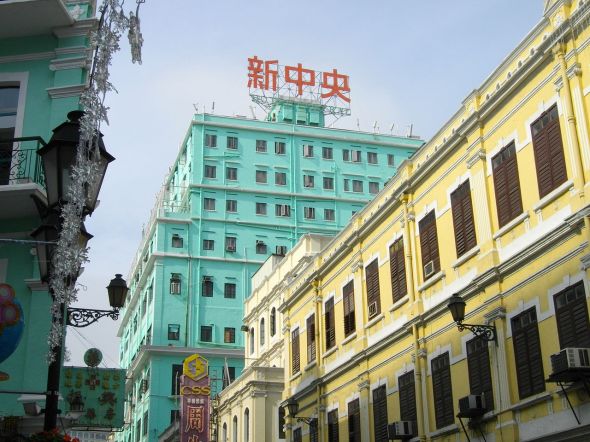 When I discussed with trans* sex worker activist Lucien Lee whether or not the above outlined arrangement in the second case represented a fair deal, she commented:

“Abolitionists usually say something along the lines that if ‘pimps’ get a greater share of the profits then of course it must be exploitation, and that the sex industry is evil. But they seem to forget how the rest of the society works. Do other workers receive more than 50% of their employers’ revenue? I think that’s exactly why operators shouldn’t be punished. If there were more of them, they would have to compete amongst themselves and only those who took a smaller share from the sex workers’ earnings would survive. That said, I would also accept the deal those women got in Macau if I were a cis woman myself. However, the fact that sex workers consider working abroad in the first place not only has to do with how much they might be able to earn there, but also with the constant raids, ‘End Demand’ strategies, and the social stigma that may affect their families if they were caught at home.”

Before moving on to the earnings of sex workers in South Korea, it is interesting to note that the sex workers in the first case were reportedly “in their 20s to 30s”, while in the second case, the 21 women “involved in the two-month long prostitution operation“ were aged between 24 and 37 years. Thus, both cases run counter to the claims commonly put forward by prostitution prohibitionists that operators of prostitution businesses exclusively seek to employ very young women (under 21 years of age).

As stated above, this article does not represent an endorsement or critique of whatever arrangement sex workers enter into with third parties or, put another way, what arrangements third parties offer to sex workers. There would certainly be a case to make that the outlays of the operators in these two cases couldn’t have been insignificant, considering the airfare for everyone involved and the costs for the luxury accommodations, in the more recent case “11 different apartments in Taipa”, the smaller of the two islands in Macau, which features expensive resorts and predominantly upscale apartment complexes. Naturally, they would have also wanted to generate a profit for themselves, which, should they have adhered to all previously made agreements with the sex workers involved, may be illegal but not immoral. All that, however, is speculative, and this article merely intends to explain some of the arrangements between sex workers and third parties currently in existence, and to illustrate that for as long as sex work will remain criminalised, some sex workers will choose to migrate and sell sexual services abroad if the potential benefits outweigh the risks involved. And the comparatively lower risk of getting caught is exactly what at least the brokers in the second case used as an argument to convince sex workers to travel to Macau.


Granted, all of the above is based on press briefings by the police in Macau and South Korea and on statements from a small number of South Korean sex workers. However, the sex workers who have spoken with me all appeared to have sound knowledge of the existing deals under which sex workers in South Korea currently operate, and Lucien Lee’s statement should suffice to challenge the existing notion that receiving a smaller share of what clients pay operators for sexual services renders a transaction exploitative per se. In addition, it is important to note that sex workers do not agree with the criminalisation of third parties involved in their work. As a briefing paper by the Global Network of Sex Work Projects (NSWP) states, “where third parties are criminalised, sex workers suffer the consequences of that criminalisation” as it forces them to work more unsafely. As always, the message is clear: if you want to understand the conditions under which sex workers work, you only need to listen to them.